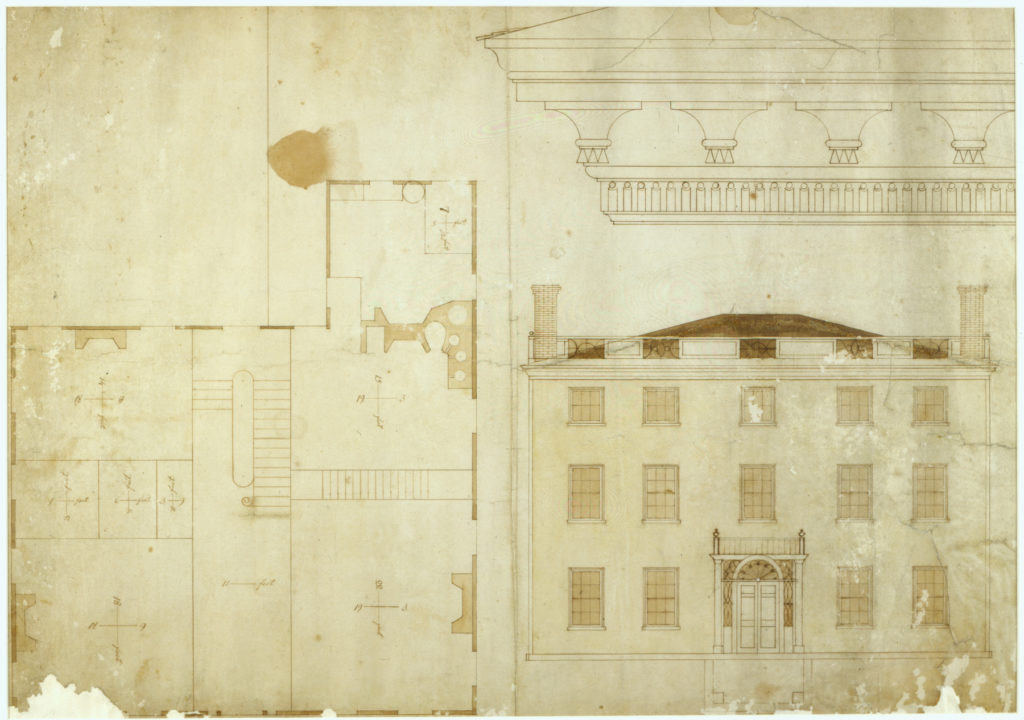 Original drawing, floor plan, and front elevation of the Rundlets’ house, c. 1806. The architect is unknown.

Federal architecture, or Neoclassical, was often the choice of many buildings in nineteenth-century Portsmouth, and to that extension, New England from 1780-1820. Like its predecessor of the Georgian period, houses were often two rooms in the front, two rooms in the back, with a central staircase, and window and architecture elements that were regulated and symmetrical. It borrowed the delicacy of some of its architectural details from the British designers and craftsmen such as Scottish-born Robert Adam (1728-1792), combining forms with grandness without being showy; a lightness to the detail as opposed to Georgian which could be more ornate. Typical architectural elements of Federal period houses were often highlighted on the exterior with winged extensions of space, or interior arched niches for more of a dramatic flair. Asher Benjamin (1773-1845) wrote several pattern books in the era, interpreting the designs of Robert Adam and his interest in Italian and Roman buildings, as well as famed Charles Bulfinch (1763-1844) who was often credited with bringing the Federal style to America after his travels through Europe. One of Bulfinch’s most notable Federal era buildings was built for Harrison and Sally Otis in Boston and is now owned by Historic New England.