Plants and Planning in the Early Years 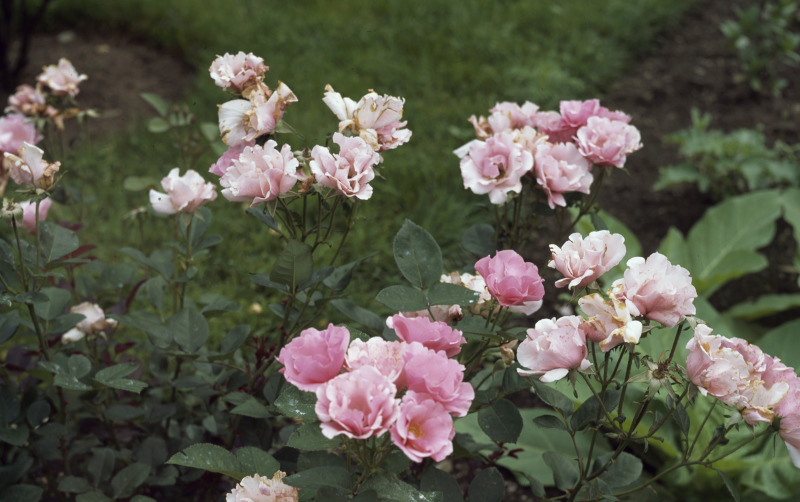 The “poplars” mentioned in Rundlet’s account books may have been lombardy poplars, very popular at the time, and were planted at houses and estates to create a ceremonial effect.  If planted in front of the house, lining the walk up the man-made hill that the house sits on, they could also have been used as a wind barrier to protect a visitor when entering the front door, a sort of foliage-embrace welcoming them inside.  The poplars in the back of the property could have also cut down the Winter winds.  Poplars grew quickly and so a dramatic effect of place could be achieved in a short amount of time.  Lilacs had been used in abundance, especially on the property borders during the initial years of the landscape plan. Roses were likely as they warded off scents and had a variety of uses. Apple trees were not specified in Rundlet’s account ledgers but would have been common in a New Hampshire orchard, and there are a few apple trees today in what remains of the orchard.  Mock orange and lilacs were also likely counted in the “trees” category of the account book.