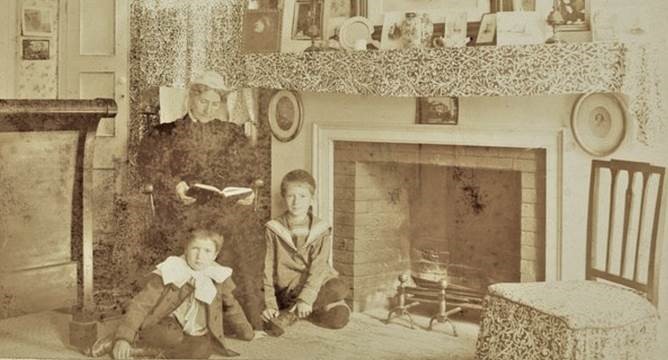 Though the woman and children in this image have not been identified, it is likely that someone employed by the Rundlet family in the latter part of the 19th century would have helped with the children.

A house the size of the Rundlet household was a large operation: supplying the heating system with coal, maintaining the cistern, cleaning the house and all of the linens for a family of thirteen people, cooking all of the meals, and lighting fires and candles for heat and warmth. Typical of most houses of this size, the Rundlets employed many staff over the years. In the nineteenth century, there were advertisements in most newspapers calling for household staff members, and in the Portsmouth newspapers, there was no exception. In an 1810 federal census of the Rundlet household, there were additional non-family members living in the home. Two additional unnamed males age ten to fifteen; one unnamed male age sixteen to twenty-five; one unnamed female age ten to fifteen; two unnamed females twenty-six to forty-four. 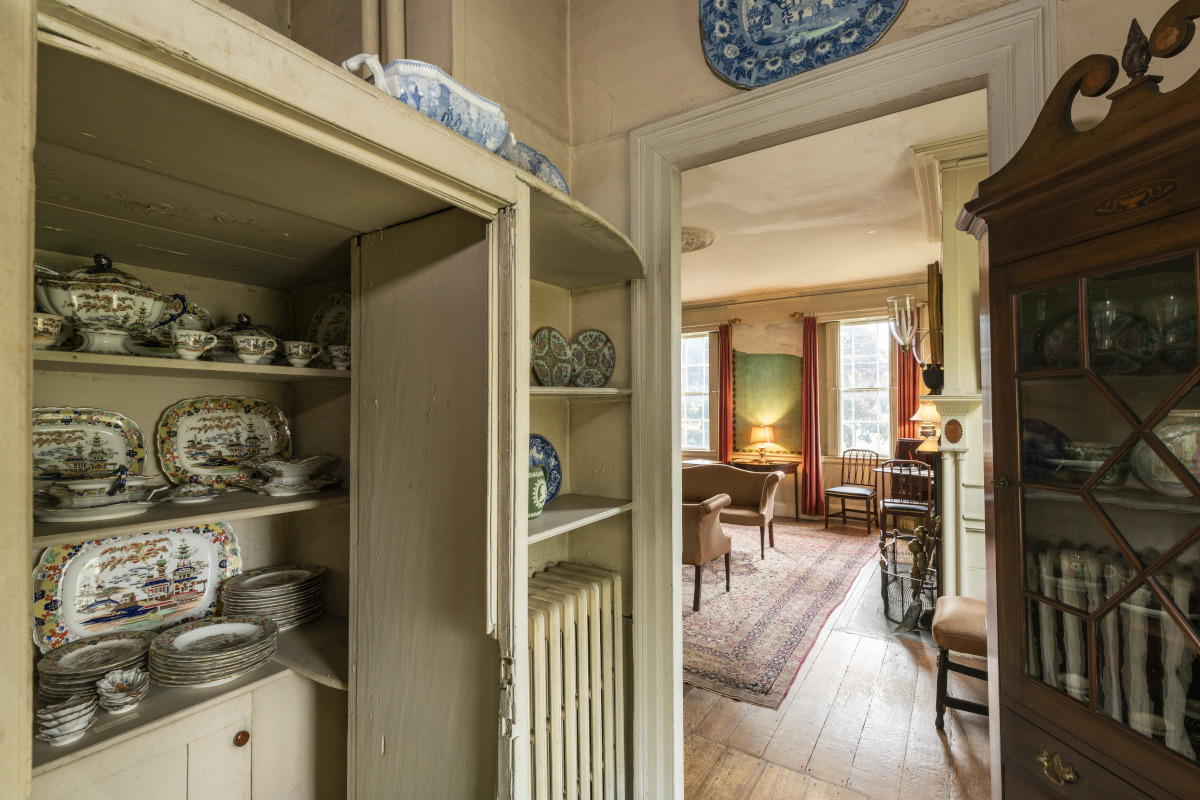 This servant passage and china closet off the dining room illustrates the numerous amounts of porcelain required for family use and entertaining in the 19th century. 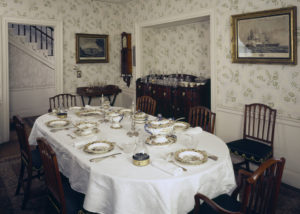