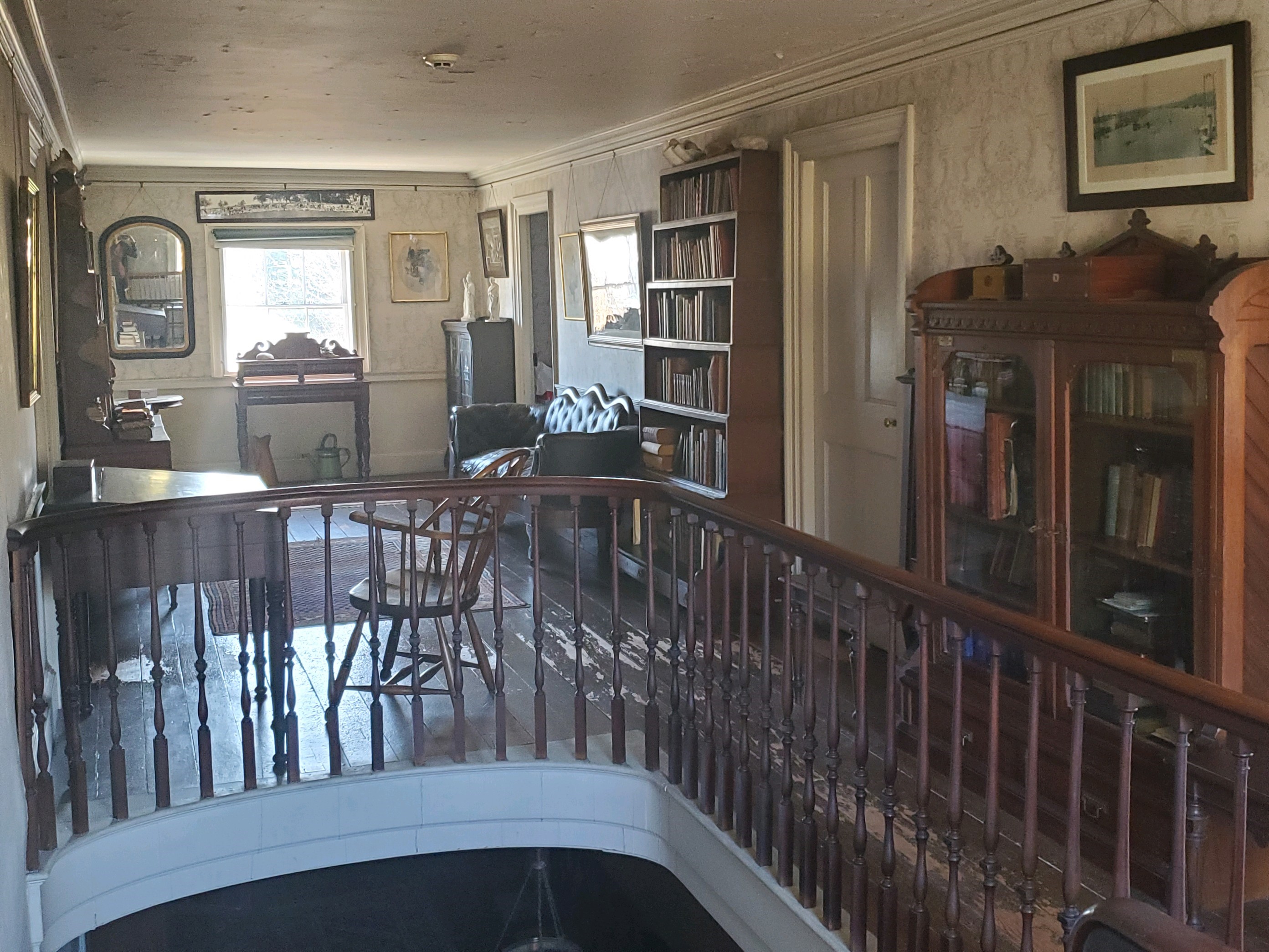 Typically, household staff lived in parts of the house unseen by the public; these often included upper floor spaces and parts that were hidden through back hallways and separate staircases. The Rundlet House was large enough to have staff bedrooms on the third floor, with a staff staircase running from behind the kitchen, up to the nursery, and then continuing to the third floor. It allowed easy access to all of the necessary rooms, and an assurance to the family members that the functions of the house could be done with ease and swift function, and often out of sight from household members or visiting guests.

The third floor of the house was originally living space for staff though at some point it started to be used as a family space instead, as can be seen in the way it is furnished currently. This transition was probably in the twentieth century though there are not records of when this occurred.