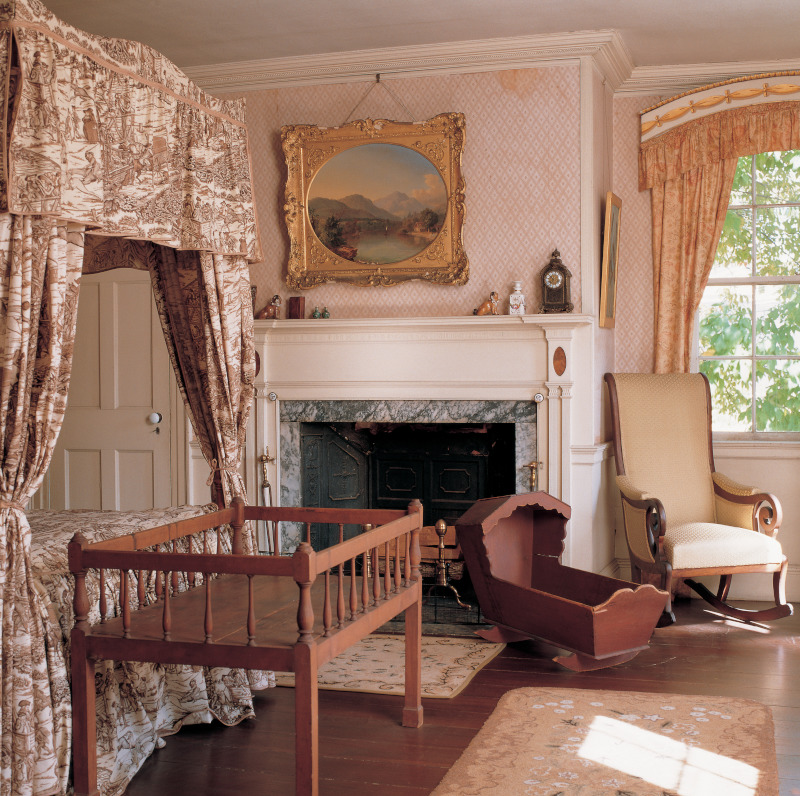 The bedroom of James and Jane Rundlet still has evidence of the children that have been in the house over the years; the cradle is at the foot of the bed.  A back hallway in the corner was an unobstrusive way to get to the nursery, and if needed, staff could quietly go between the two rooms with great efficiency.

Children in the House

When the Rundlets moved into their new house in 1808, they had seven children under the age of thirteen, making for a bustling household.

Louisa Catherine, a younger daughter, married Hartford-born Savannah merchant George May in 1840. After George May’s early death in 1858, Louisa Catherine May returned to her childhood home with her own two children. Her twins, James and Jane May, named for her parents, grew up in Rundlet-May House. Portraits of Louisa and George, and many of George’s family, are displayed in the house.

Louisa’s brother, Dr. Edward Rundlet, also stayed in the house, running his medical practice from home. Like his father, Edward attended Phillips Academy in Exeter. He received his medical degree from Harvard University in 1829. It is possible that he conducted his practice in the back parlor, most recently used as a dining room, which is accessible by a semi-private entrance. There is some evidence that Edward also engaged in merchant activities, but spent most of his long life practicing medicine from his father’s home.

Attributed to the Portsmouth makers Judkins and Senter, this handsome form, frequently called a server or small sideboard today, served as a dressing table in the early nineteenth century. Used by women, it was a furniture form that provided a place to keep personal items as combs, jewelry, handkerchiefs, caps, ribbons, and cosmetics.