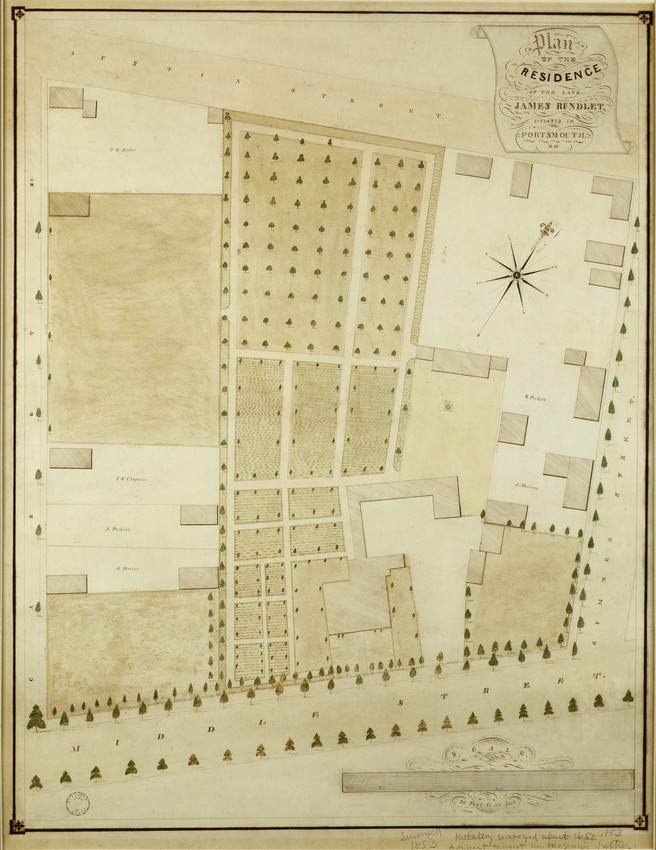 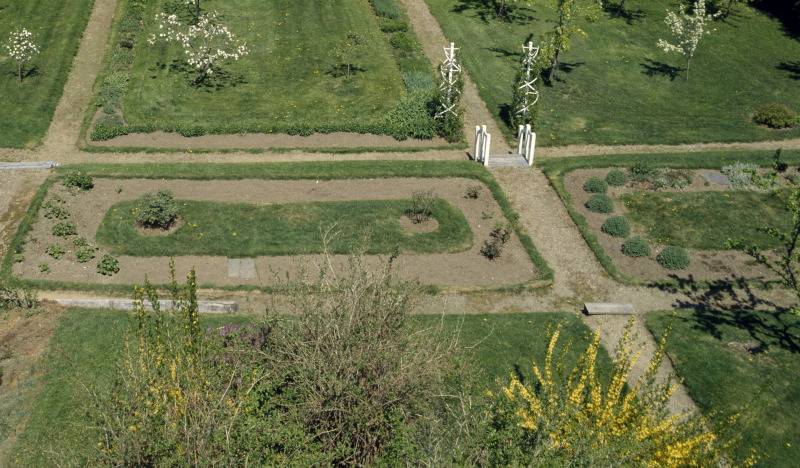 James Rundlet-May was a medical doctor with a strong interest in animals and their well-being.  He was one of the co-founders of the New Hampshire Society for the Prevention of Cruelty to Animals and he and Mary Morison May gave a home to many animals while they lived at Rundlet-May House. In late nineteenth-century America, pet cemeteries were becoming more fashionable. In a corner of the terraced garden, they buried beloved Flora. As the family story told, Flora was called the “Confederate Dog” by the neighbors, since she was rescued from an abandoned property in the South during the Civil War. Her tombstone was the first of ten that commemorated the lives of Rundlet-May pets. The last pet to find its eternal home in the cemetery is Sunny Boy, a lone canary among the dogs, and one that son Ralph May remembered as being a favorite of Mary Morison May.

Historic photograph of the cemetery. 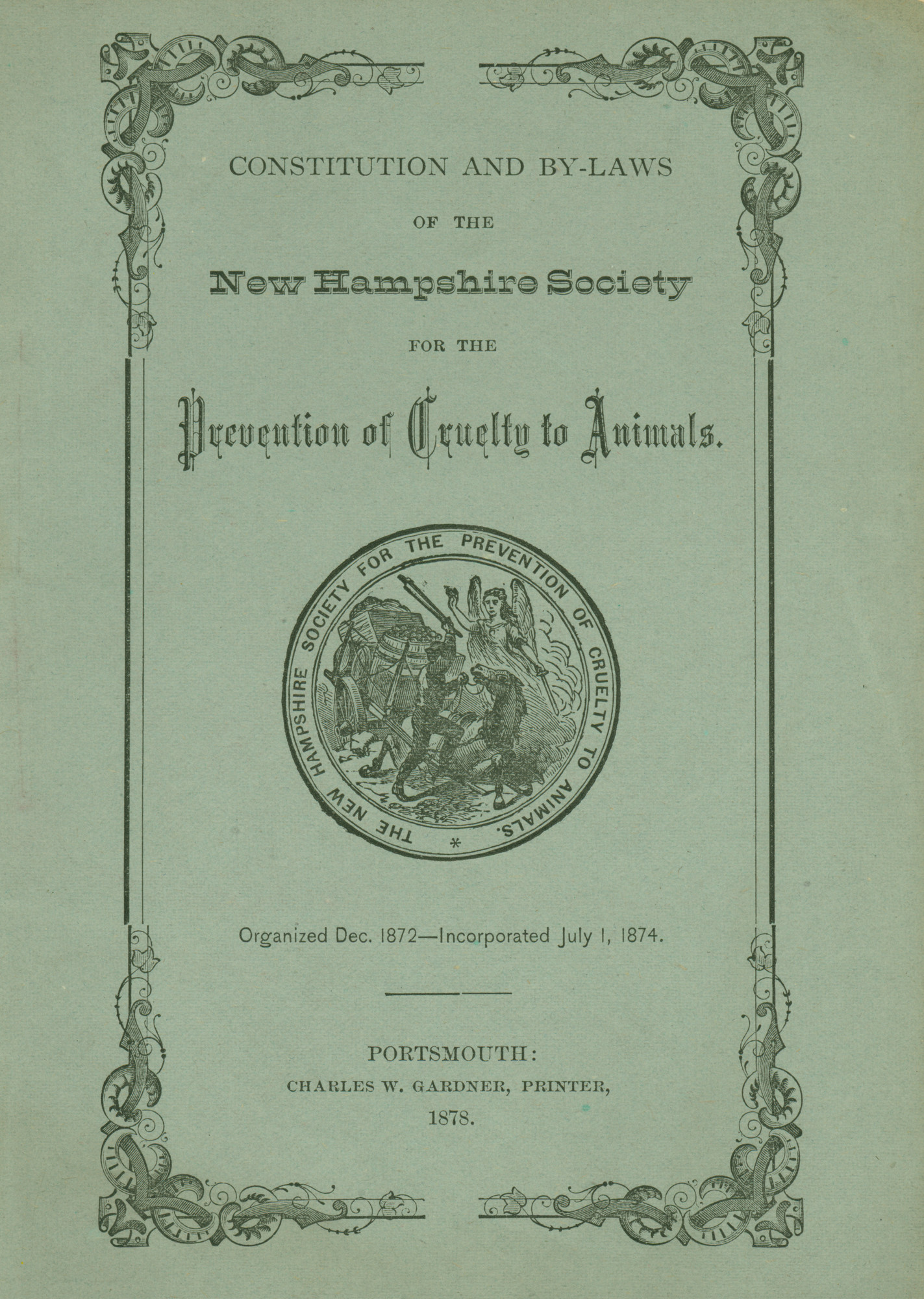 The 1788 by-laws of the New Hampshire Society for the Prevention of Cruelty to Animals.

This image is thought to be of Ralph May and Pepin, who appears to be a type of poodle.

The family’s love of animals is apparent throughout Rundlet-May House; prints of dogs and horses on the walls, photos of beloved family pets and treasured memories, and especially in the family pets’ collars that are still found in the house.

A Garden for Purpose and Pleasure

The gardens that the Rundlets planted, while changing in essence little over time, provided the family that lived in the house endless enjoyment over the years. Today, visitors to this Historic New England jewel in downtown Portsmouth will also find respite and beauty. Historic photographs from the archives and those taken more recently, offer information about plantings, landscape projects, and invaluable insight to what it was like to have and care for a garden and orchard of this scale over time. 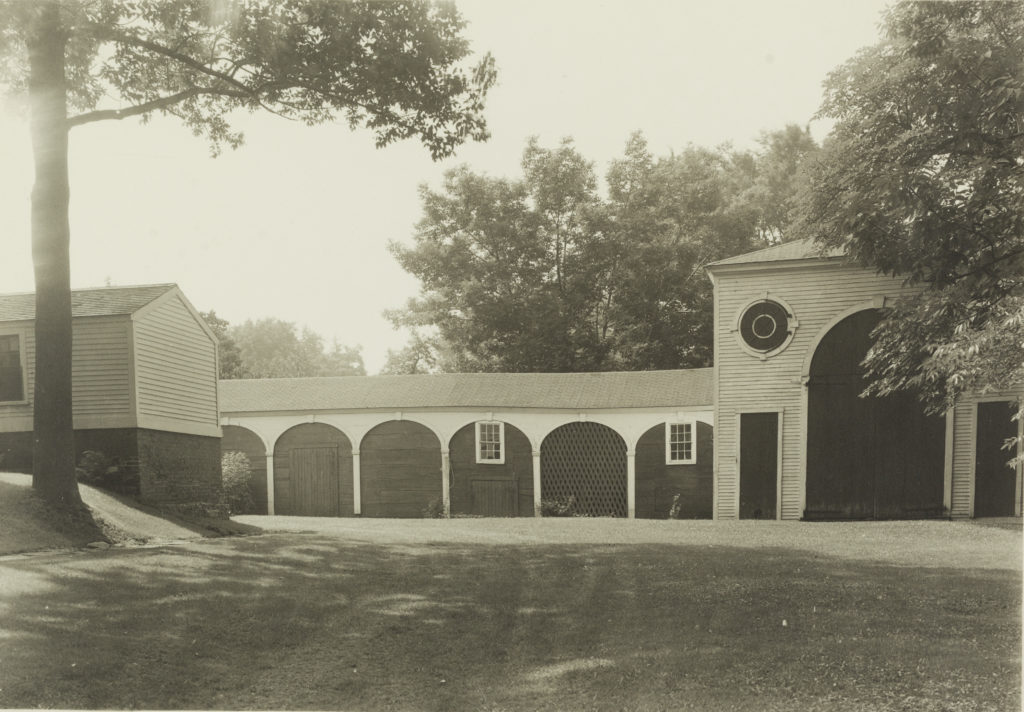 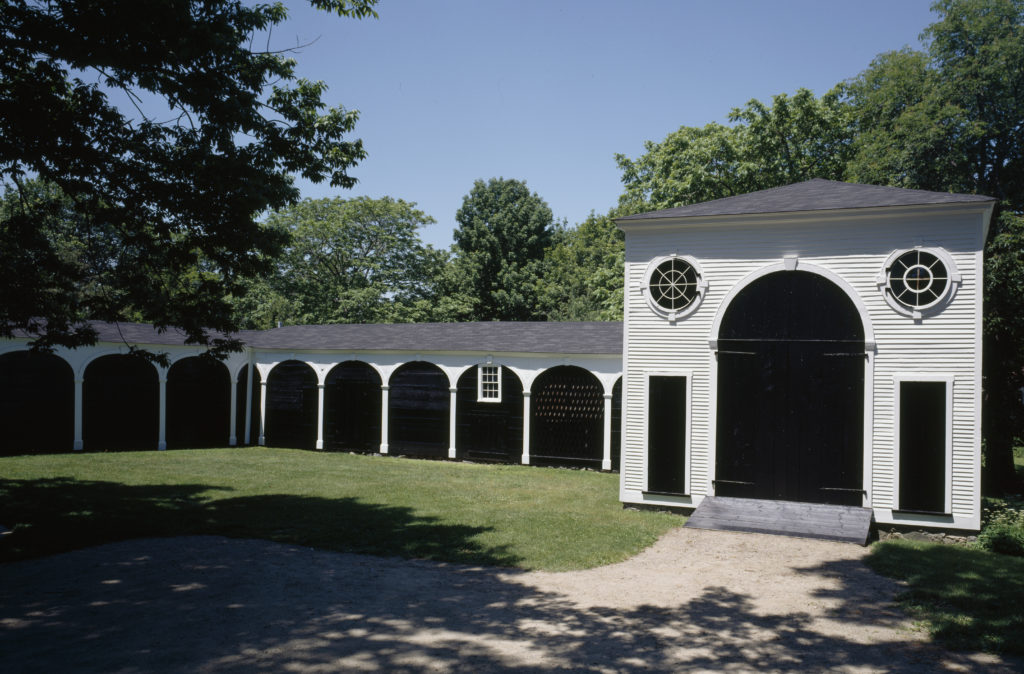 Exiting the scullery through a door and walking down a short flight of steps, luxuriously covered from any outdoor rain or wind by a roof, any member of the Rundlet household could enter a door off the scullery and walk a few more steps down a storage hallway in the connecting carriage barn.  At the end of the hallway are wall-papered privies in the attached ell. The largest of the six is in a single closet assuring the user of maximum privacy. The others vary in size accommodating the large household which included the Rundlets, their children, and their staff. Two to three times a year, a “night soil man” arrived with a “rude cart,” accessed the pit below the privies through an outside door and removed and carted away the waste.

Getting to the Outbuildings

No Need to Go Outside

In this exterior view you can see the covered passages that lead to the privy and the barn, allowing access without ever stepping outside. Click the hot spots to see interior views. 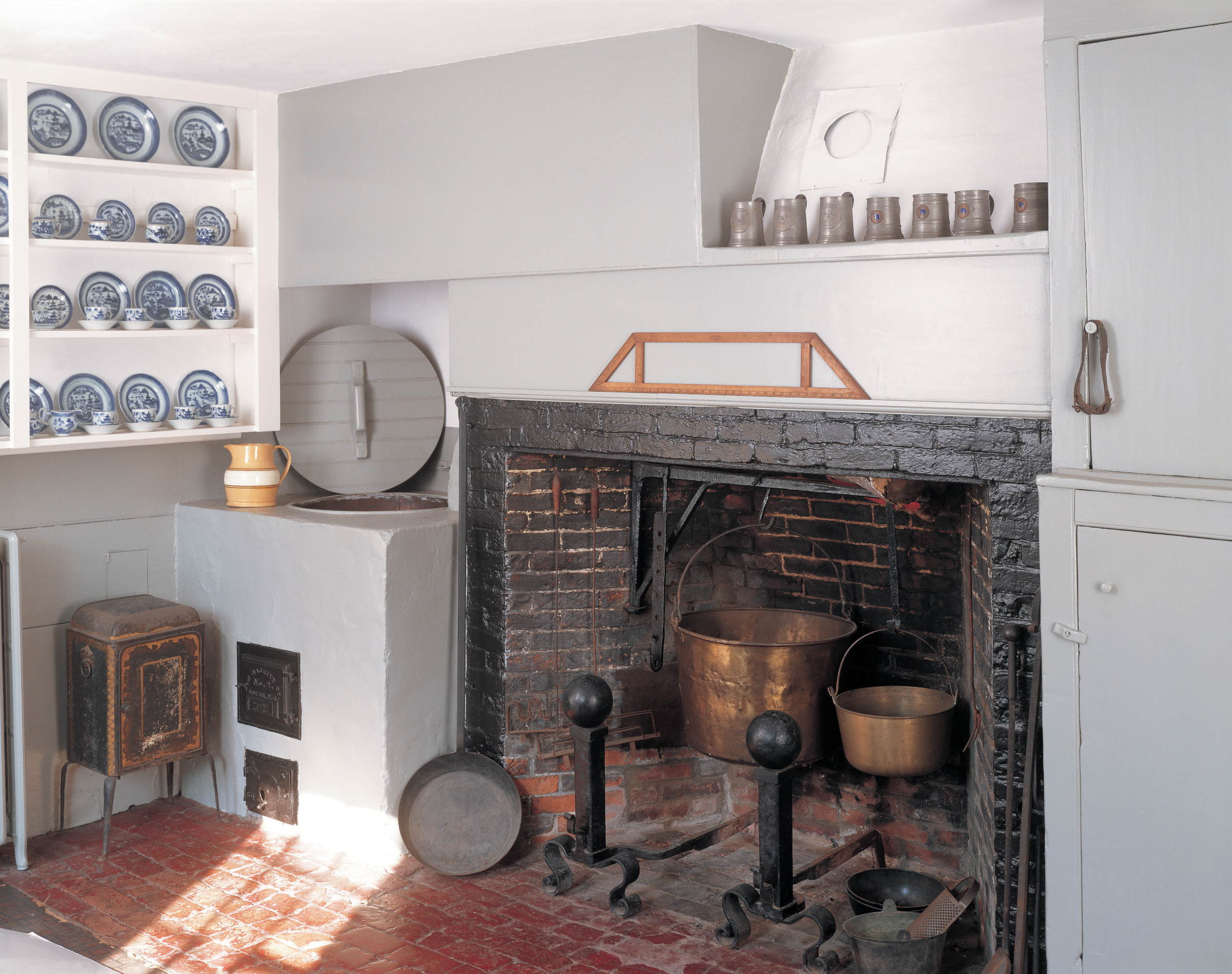 Back door off the kitchen opens to corridor. 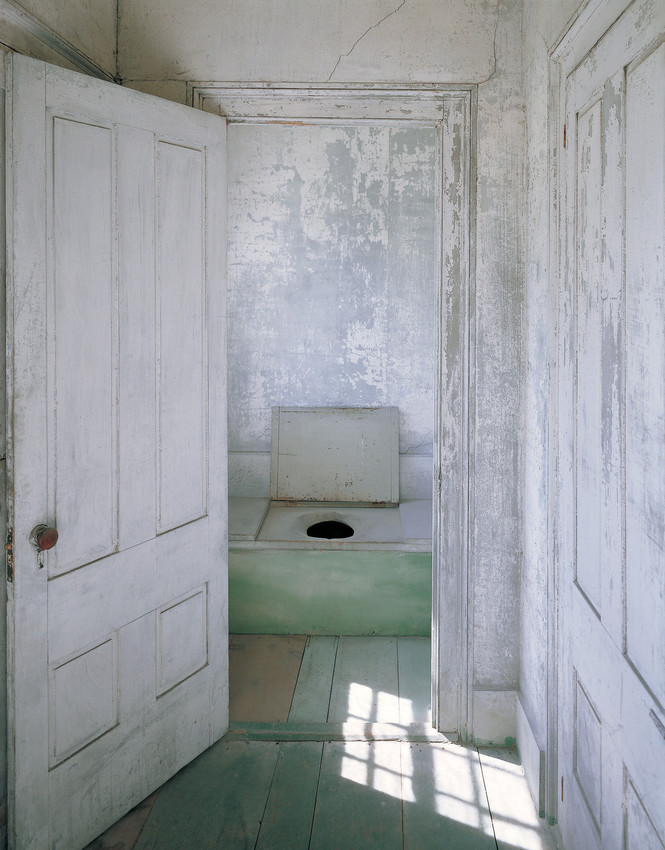 Privies located in this corner section. 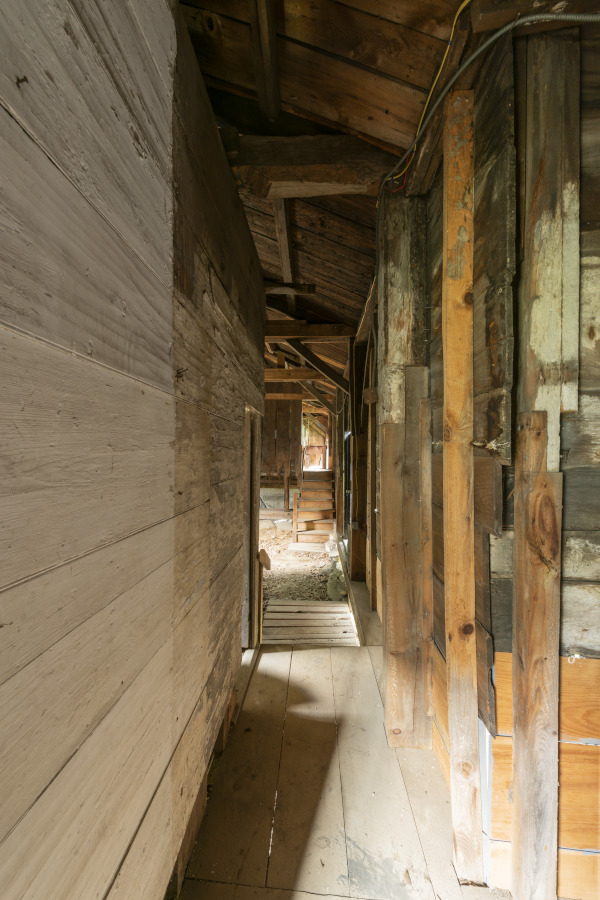 This passageway to the right of the privy originally connected to the barn. 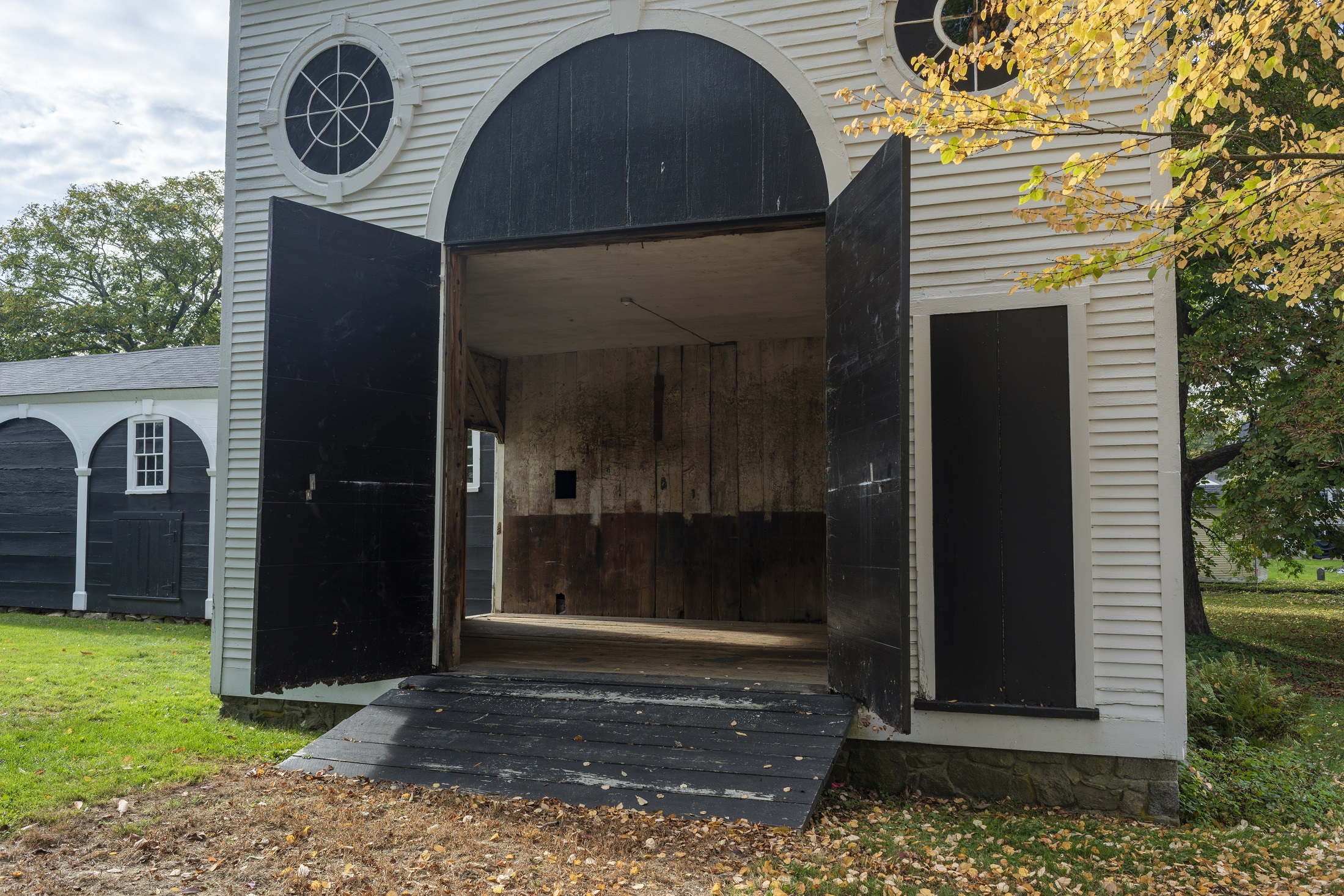 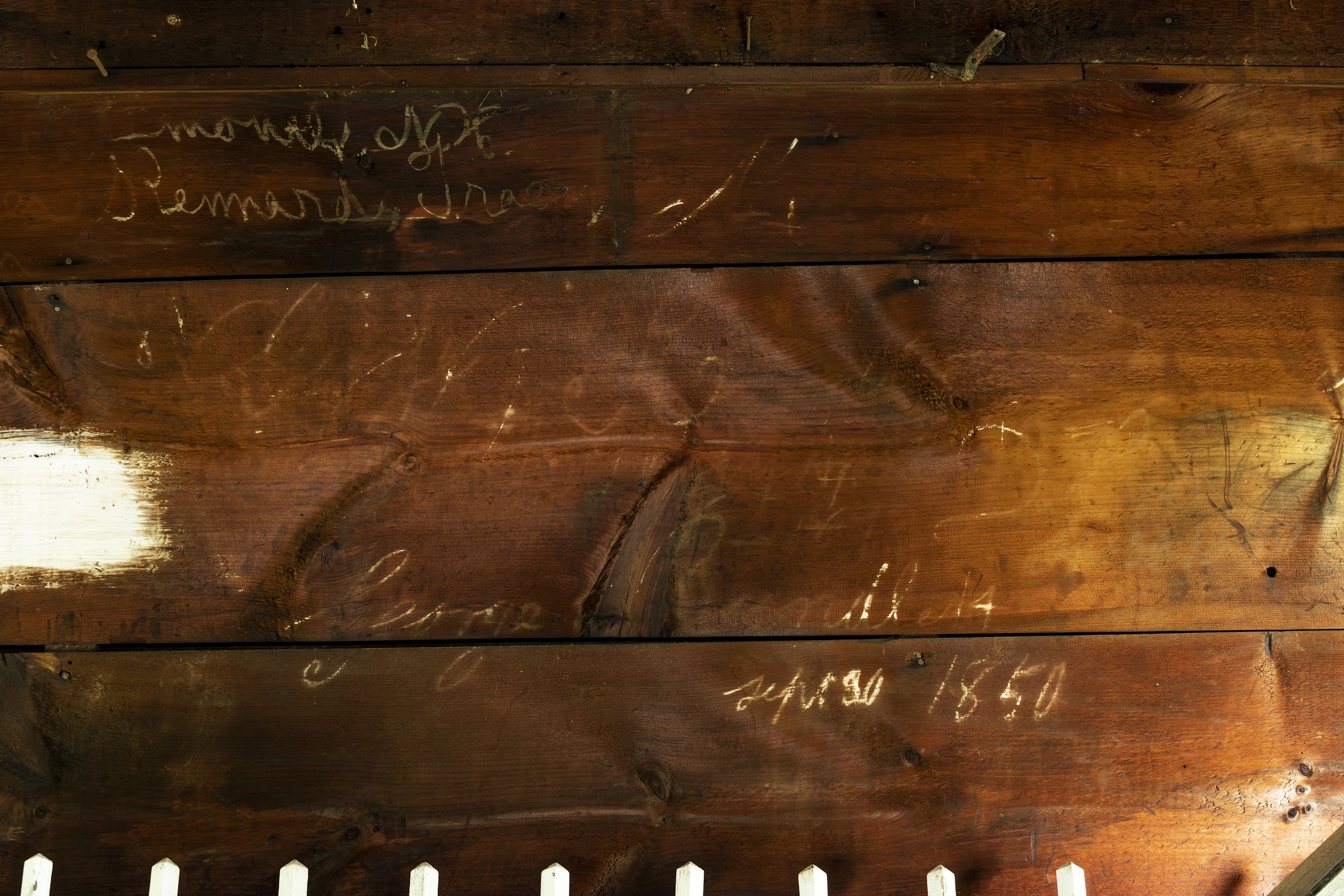 Click on the hot spots
to learn more
Back Back
Back
Thanks for signing up!