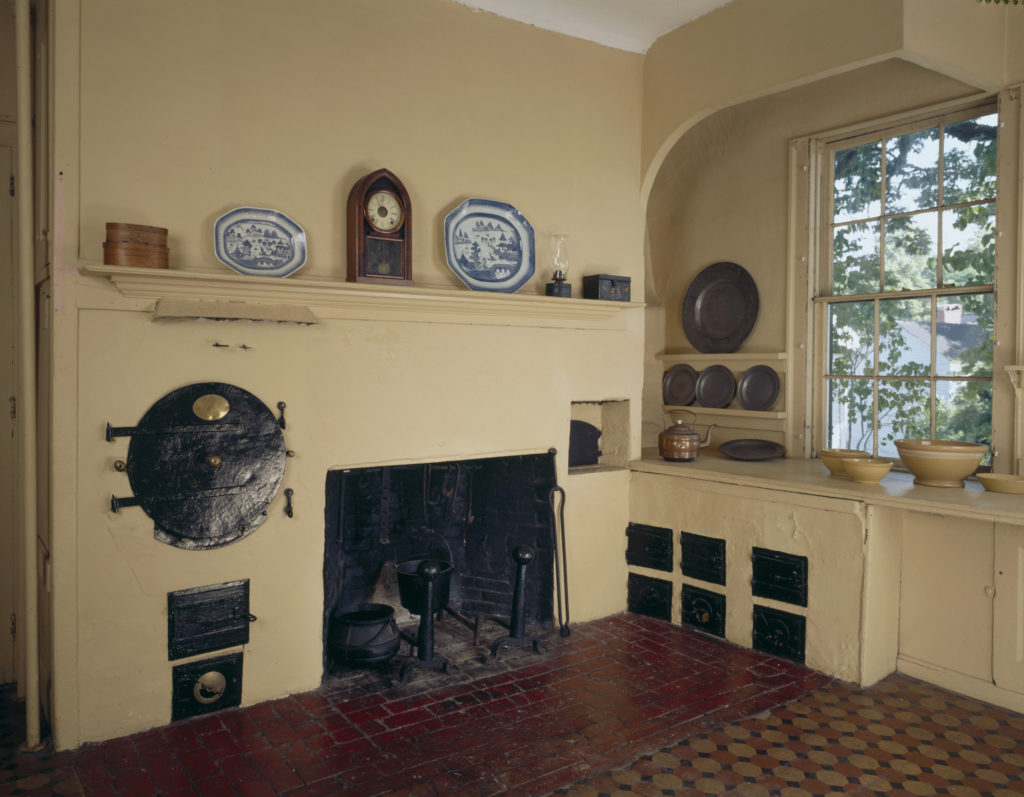 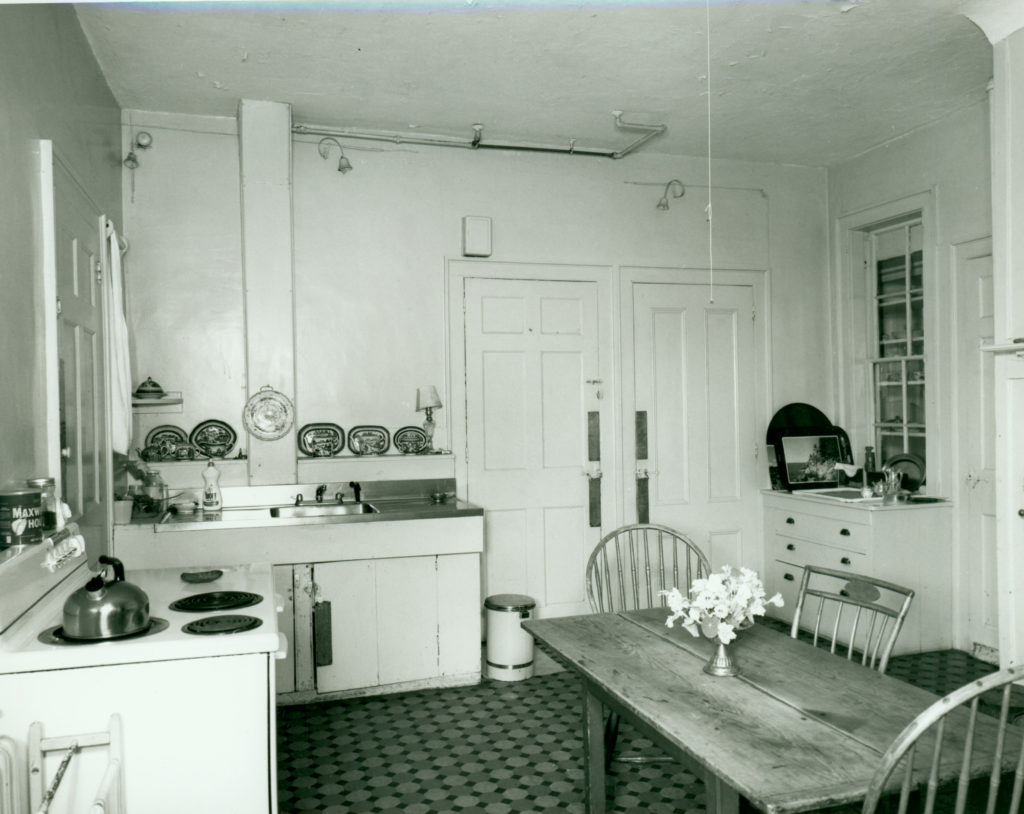 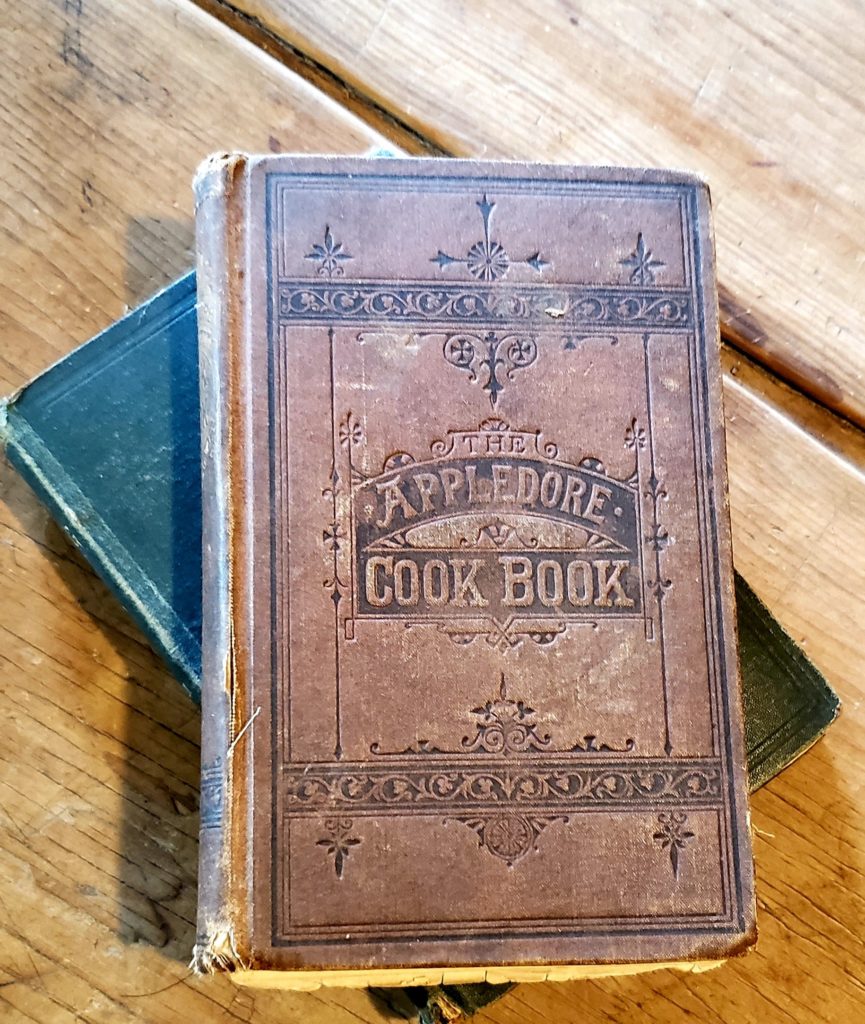 How the Rumford System Worked

The Rundlet-May kitchen is one of just a handful of intact Rumford kitchens in the country and includes a Rumford roaster, fireplace, and range.

The Rumford roaster consisted of a hollow cylinder of sheet iron, set into the brick work of the chimney unit. “Smoke canals” allowed the flames and heat to surround the roaster body providing constant and controlled heat. A drip pan with water collected juices and prevented drippings from burning on the roaster. In addition, the water produced steam, which combined with slow, steady cooking, resulted in a more moist and flavorful roast. A steam tube was used at the end of the roasting process to dry the air within the roaster and brown the meat. The “smoke canals” were connected to a smoke closet on the third floor in order to smoke meats during the roasting process in the kitchen, thus enabling a more efficient use of fuel.

On the other side of the Rumford fireplace is a range with a series of three fires, above each of which a pot or stew-pan fitted into a circular, iron-rimmed opening. The heat of each fire could be separately regulated by varying the draught through its ash-pit door and the smoke was carried away by flues leading through the brickwork to the main chimney.

The roasting oven was a hollow cylinder of sheet iron, set into the brick work of the chimney. 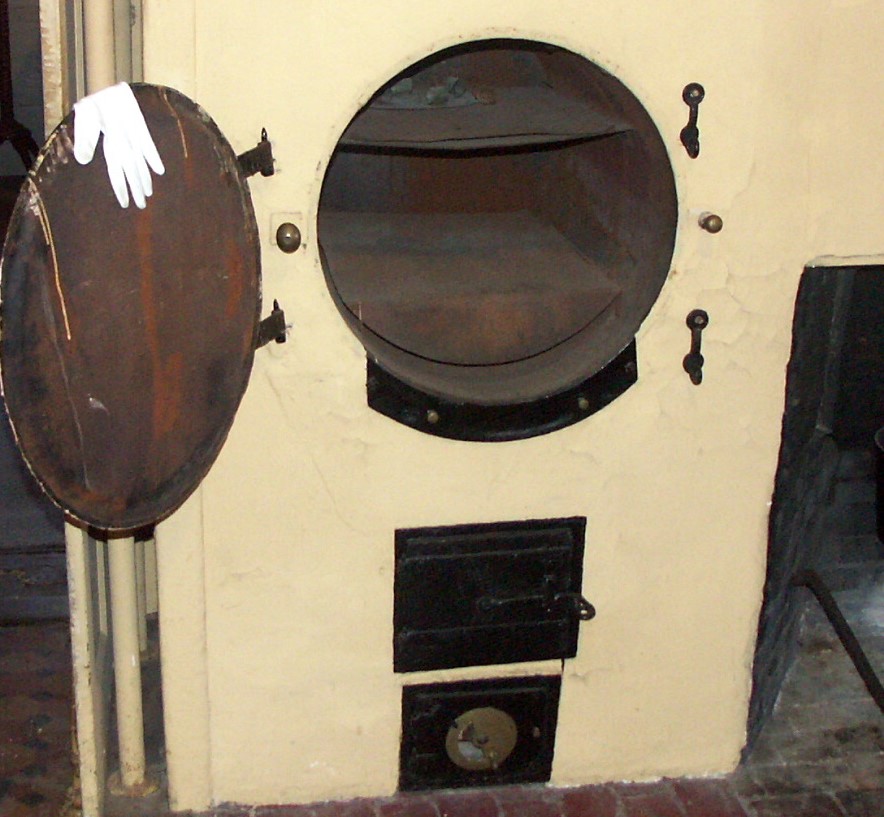 The roaster was heated by a small, square firebox directly under the oven where charcoal or mined coal were burned. The ashes fell into the second, lower box.

Smoke closets on the third floor of the house were fed by “smoke canals”. 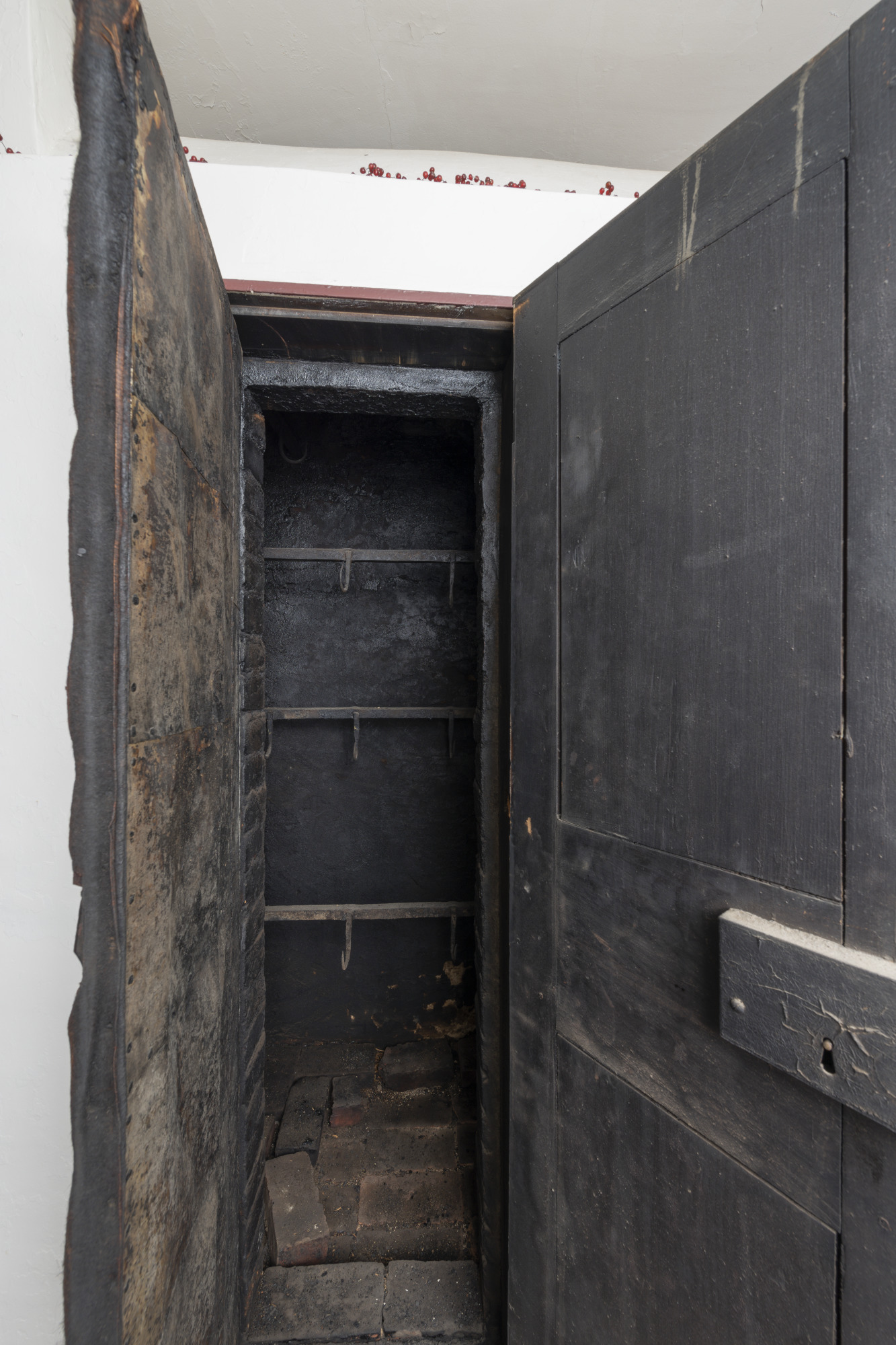 A long counter lifts off to reveal three individual boilers and a roaster each with its own fire box and ash pit beneath it. 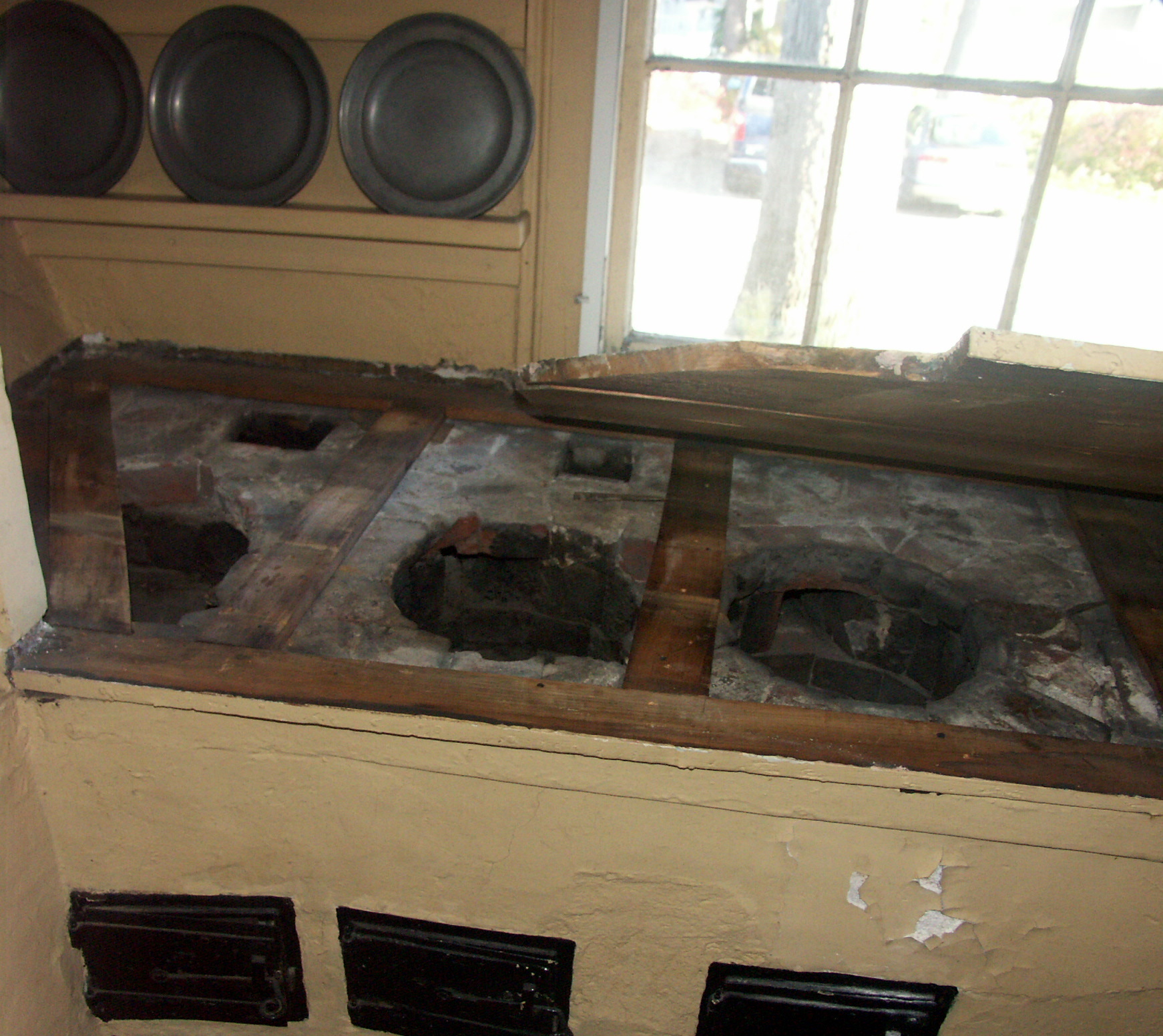 Hidden Spaces in the Kitchen 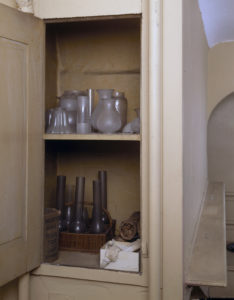 The door to the back staircase provided access to servants’ rooms and the nursery. A small cabinet next to the door and a spacious pantry beside the sink still contain ephemera left behind by four generations of Rundlet and May families. Access to the basement is from this room, which lead to the workings of the complex heating system of the house.