Who Worked at Rundlet House

A house the size of the Rundlet household was a large operation: supplying the heating system with coal, maintaining the cistern, cleaning the house and all of the linens for a family of thirteen people, cooking all of the meals, and lighting fires and candles for heat and warmth. Typical of most houses of this size, the Rundlets employed many staff over the years. In the nineteenth century, there were advertisements in most newspapers calling for household staff members, and in the Portsmouth newspapers, there was no exception. In an 1810 federal census of the Rundlet household, there were additional non-family members living in the home. Two additional unnamed males age ten to fifteen; one unnamed male age sixteen to twenty-five; one unnamed female age ten to fifteen; two unnamed females twenty-six to forty-four.

How Staff Were Paid 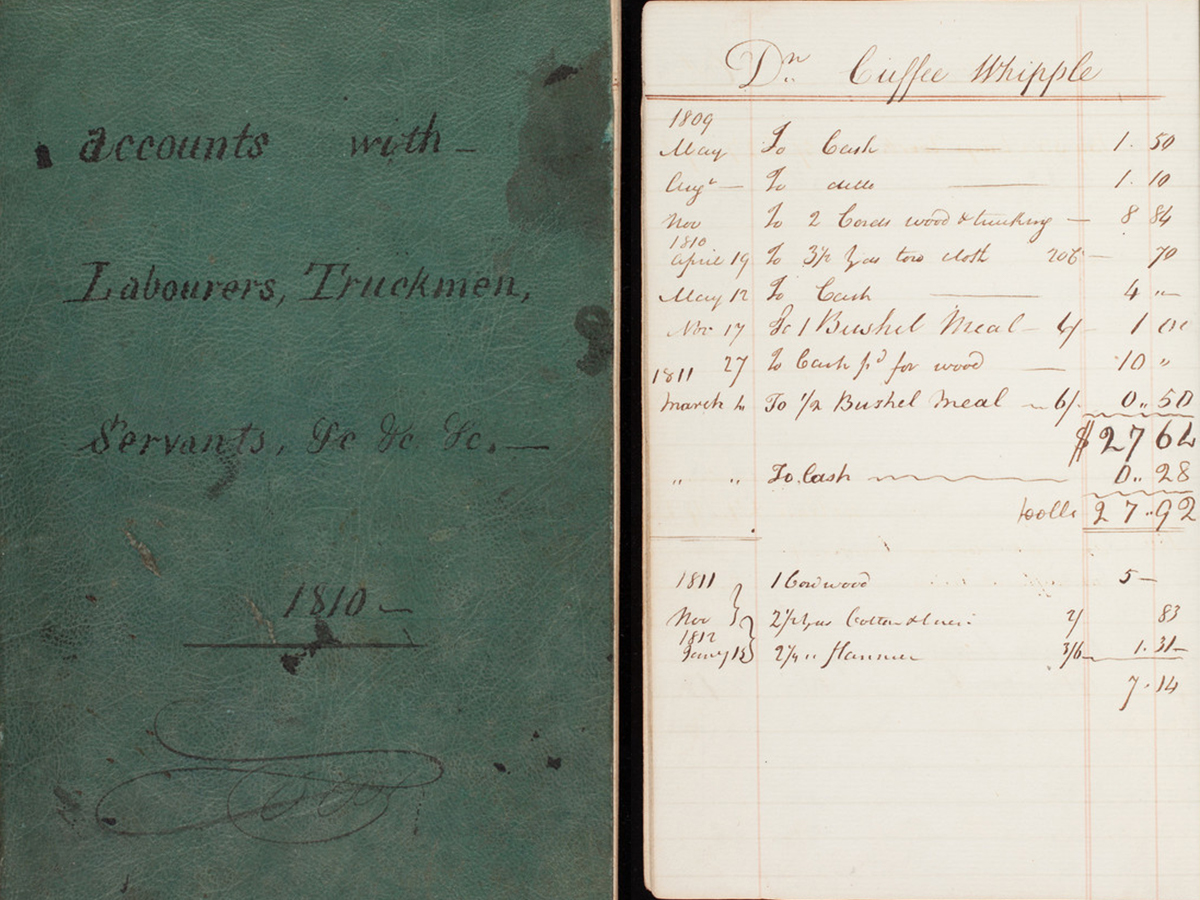 In James Rundlet’s account books, he listed many employed individuals who worked inside the house and on the landscape and contruction of the estate. In 1810, a Mary Purcell earned her wage of $3 “by schooling children,” while in 1811, George Hart was listed as an iron worker, and was paid $59.94. Cuffee Whipple’s name appears in James Rundlet’s account book starting in 1809, but no entry for pay is recorded until 1811, when his account was settled for $27.93. He was paid mainly in cash, but also in bushels of meal. In the 1810 household census for Whipple’s household listed six people as “other free persons.” In 1810, Caesar Whidden is listed as a truckman, though he also hauled coal and was recorded as having “moved a barn.” He was paid in 1810 for his work, $36.73, all in goods, and $53.81 in 1811. Whidden was listed on the 1830 Federal Census in a household of two free blacks. Many times individuals are listed with a payment date but their work is not specified. Sarah Medes worked for a few years in the Rundlets’ household, but her frequency of payments give little evidence to her task. Mary Lang also became a reliable household staff member working for at least six years into the 1820s. It was not uncommon for the employed staff to be paid in goods, such as textiles, skeins of cotton, shoes, button, calico. Sarah Medes’ 1812 payment included shoes and cloth, pew tax, and little cash. At first glance in the account book it appears that women may have been paid with goods versus cash when compared to the men who were often paid in cash.

Home Above a Home

Typically, household staff lived in parts of the house unseen by the public; these often included upper floor spaces and parts that were hidden through back hallways and separate staircases. Rundlet-May House was large enough to have staff bedrooms on the third floor, with a staff staircase running from behind the kitchen, up to the nursery, and then continuing to the third floor. It allowed easy access to all of the necessary rooms, and an assurance to the family members that the functions of the house could be done with ease and swift function, and often out of sight from household members or visiting guests.